This year, we have a few enthusiastic and dedicated game designers coming with us to Essen SPIEL all the way from Taiwan (19~25 hr flights!). If you would like to meet them, ask them questions, or have them sign on your game box, PLEASE DO! They are more than happy to meet some gamers and (maybe) fans at the biggest boardgame convention in the world!

Kuan Chen is a budding game designer from Taiwan and he has self-published 2 games in the past 2 years during the pandemic (a good way to spend time during the soft lockdown?). He is a college boy and loves 3D printing and laser cutting stuff and his first 2 games are all made by these tools on a sort of print-on-demand model.

His third game, Pathogen (BGG), is the first one that will be factory-made and he is very nervous (yet round) about it. The game is available on Tabletopia and Tabletop Simulator. He is happy to demo the game if you are interested in booking a time slot to play with him.

Kuan will arrive in Essen on Tuesday and working the full week at the booth teaching Pathogen. Say hi to him and see if you can crush him in this asymmetric perfect information abstract game. 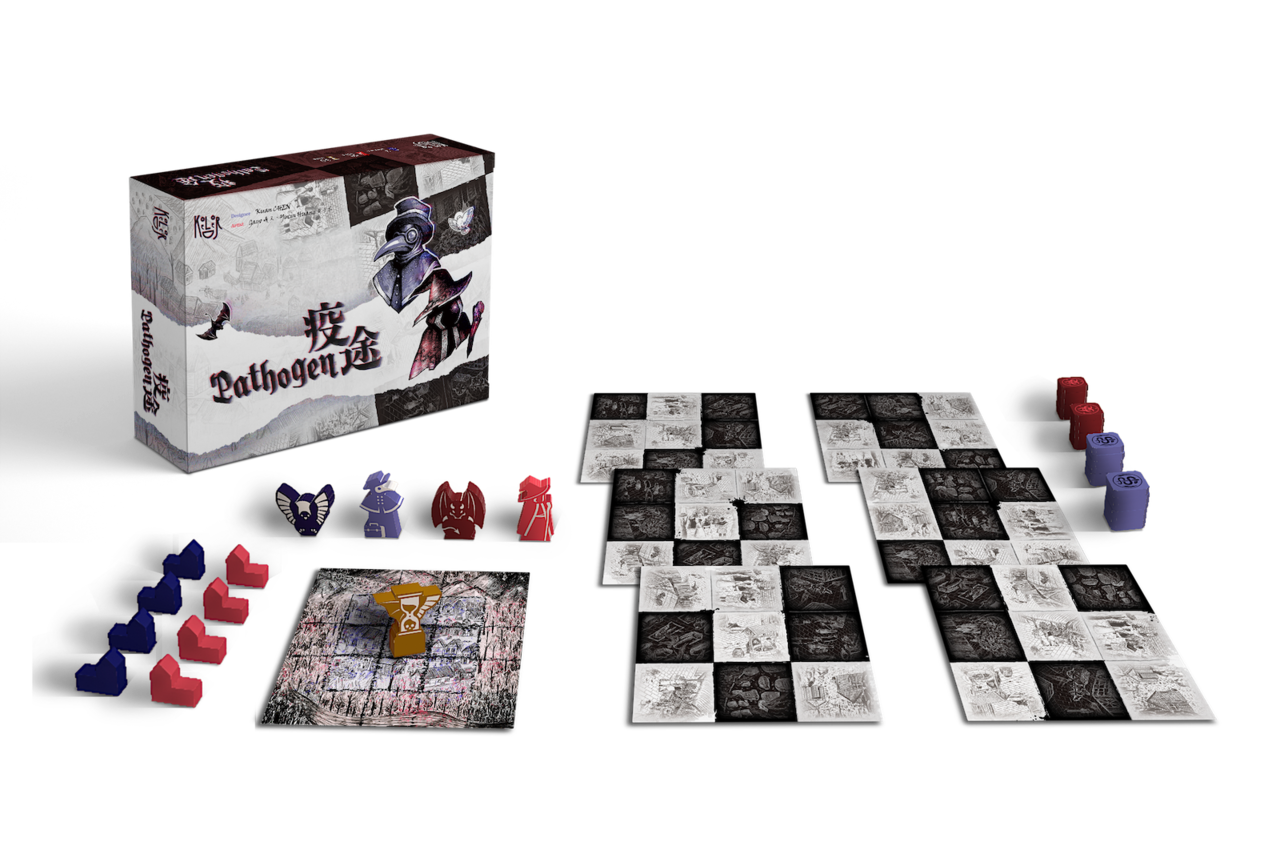 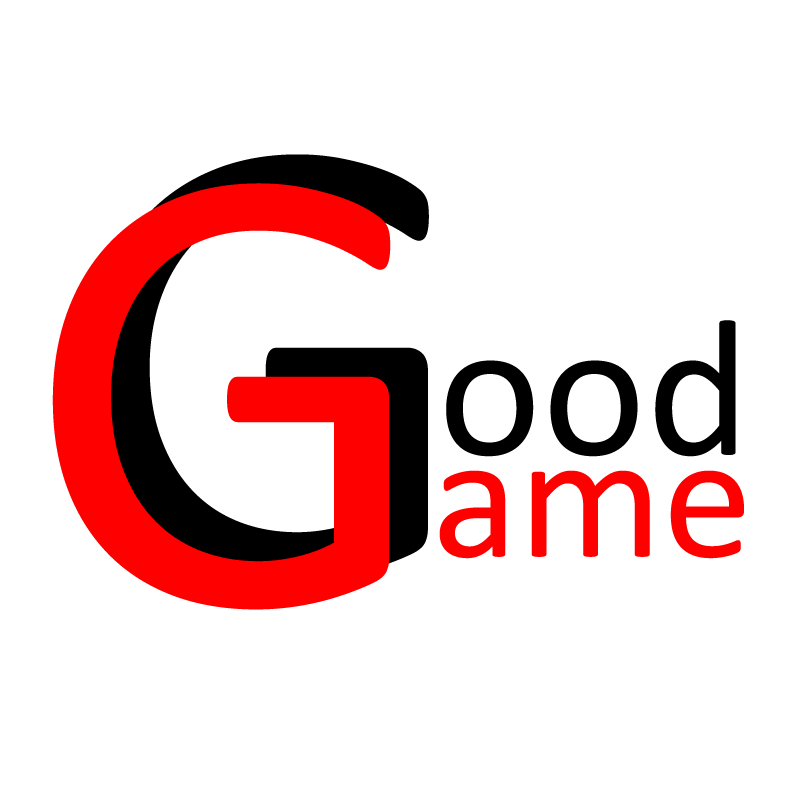 Zong-Ger, aka Bob, aka Zong-Hua (whichever way you want to call him), is one of the most prolific boardgame designers in Taiwan. This is the second time that Zong-Ger will demo his game at Essen SPIEL, although the first time was about 7 years ago...

This time, he will be traveling with his wife Wendy bringing four games to the fair -

Vegetable Stock (BGG) - a 10-min micro-economic card game with vegetable prices going up and down.

Kung Fu (BGG) - A dice-driven card game where you can kick some asses with your best kung fu moves. Zong-Ger did the artwork himself!

Taiwan Night Market - An auction game about grabbing the best locations in the night market while foreseeing the (cash) flow of the customers. This will be a prototype demo for the upcoming Kickstarter campaign.

The couple will fly to Amsterdam on Saturday and spend some time hanging out with Dutch gamers at the AmsterDice (Facebook group) gathering. After that, they will work all week at the SPIEL before kicking off their after-Pandemic-finally-we-can-have-the Honeymoon in Europe. 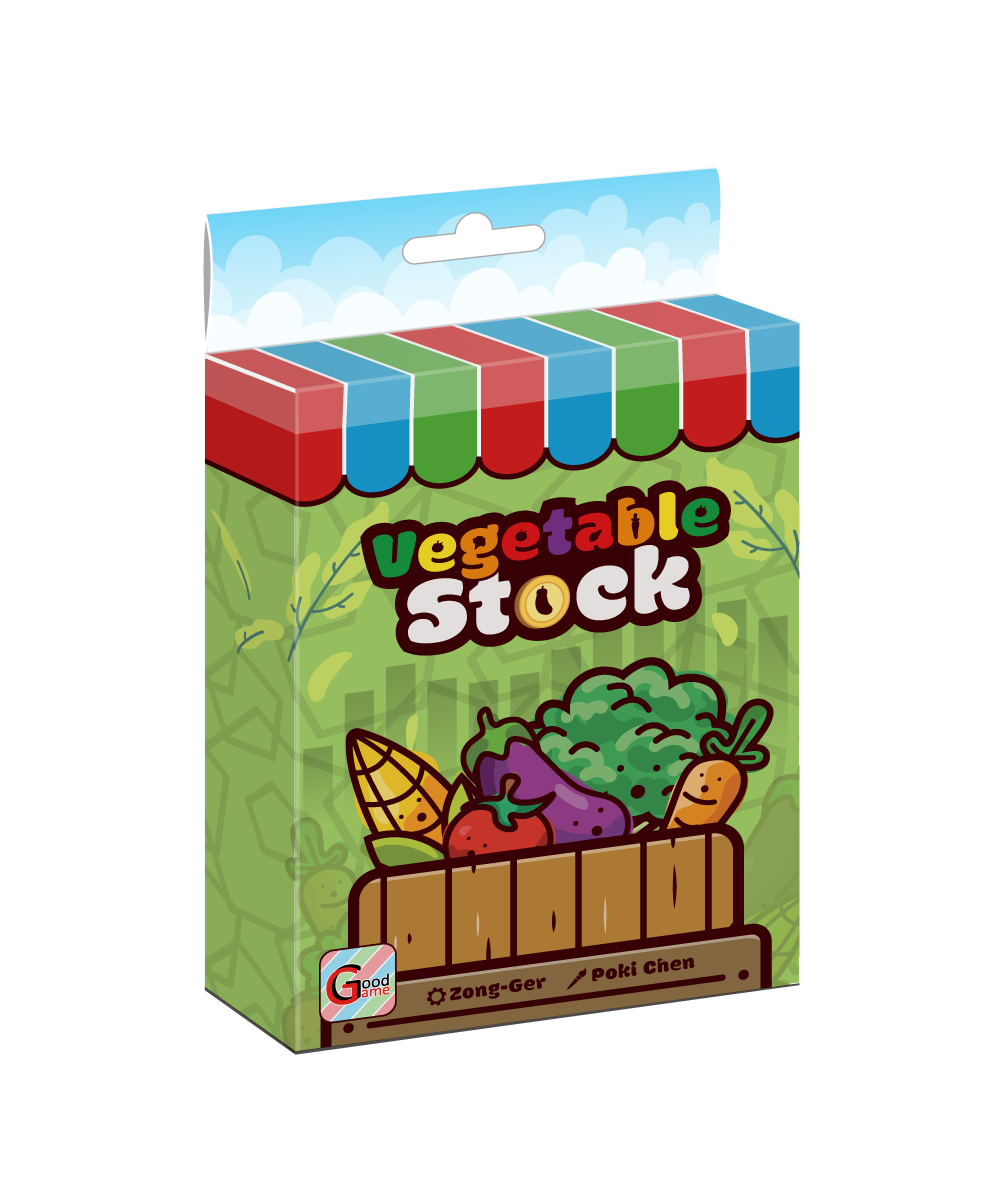 Poki Chen is a graphic designer by day and a game designer by... the rest of the day. :)

In Taiwan, Poki is known for designing game rules and making cute illustrations all by himself. He looks at games in an interesting way and that's why you can see games like Wok on Fire (BGG) and My Previous Mug (only the Chinese version now). He has been exhibiting with TBD at Tokyo Game Market several times and this will be his first time coming to Essen SPIEL. The games from Poki that you can play at the booth are:

Three Little Wolves (BGG) - A co-design with Smoox Chen, a hand management card game where you try to please the Big Bad Pig by building the tallest house.

Colorful Treasure (BGG) - An accessible yet challenging memory game that gives you some hints on the card back (in colors).

My Precious Mug - A game about throwing gems & trash into the mug and listening to the clanks to guess the value. This is a demo version and we are looking for partners for the production.

Poki is also traveling to Amsterdam before heading to Essen. He looks forward to playing My Precious Mug with as many people as possible. 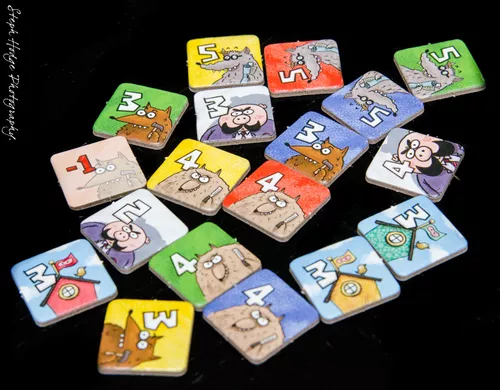 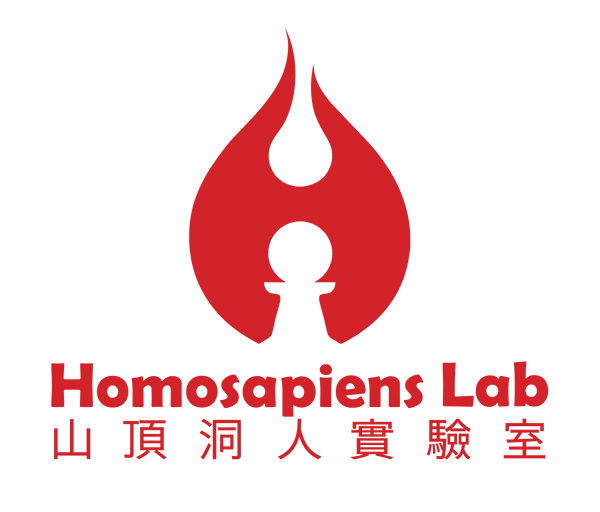 Chih-Fan Chen is the most productive game boardgame designer in Taiwan, PERIOD.

He designs games not only for his own studio, Homosapeins Lab, but also for an array of publishers in Taiwan including Mizo Games, Big Fun Games, and many more. He is also a veteran at TBD booth in Essen SPIEL, starting in 2016. He is shy about speaking English, but he will be happy to show you his games with his smile and also happy to sign his name on your copy. This year he is more focused on promoting games from other designers but you can play the following games from him:

Run Animals, Run! (BGG) - Play as one of the endangered animals in Taiwan trying to collect resources to survive. A very different angle to interpret the wildlife animal theme on board games.

Fortune City (BGG) - A tile and meeple selection mechanic marries to a tile-laying game where you can build your city to make a fortune. Only a few copies are available from our SPIEL 2019 stock.

In addition to his own designs, here are some games proudly presented to you by Homosapiens Lab: 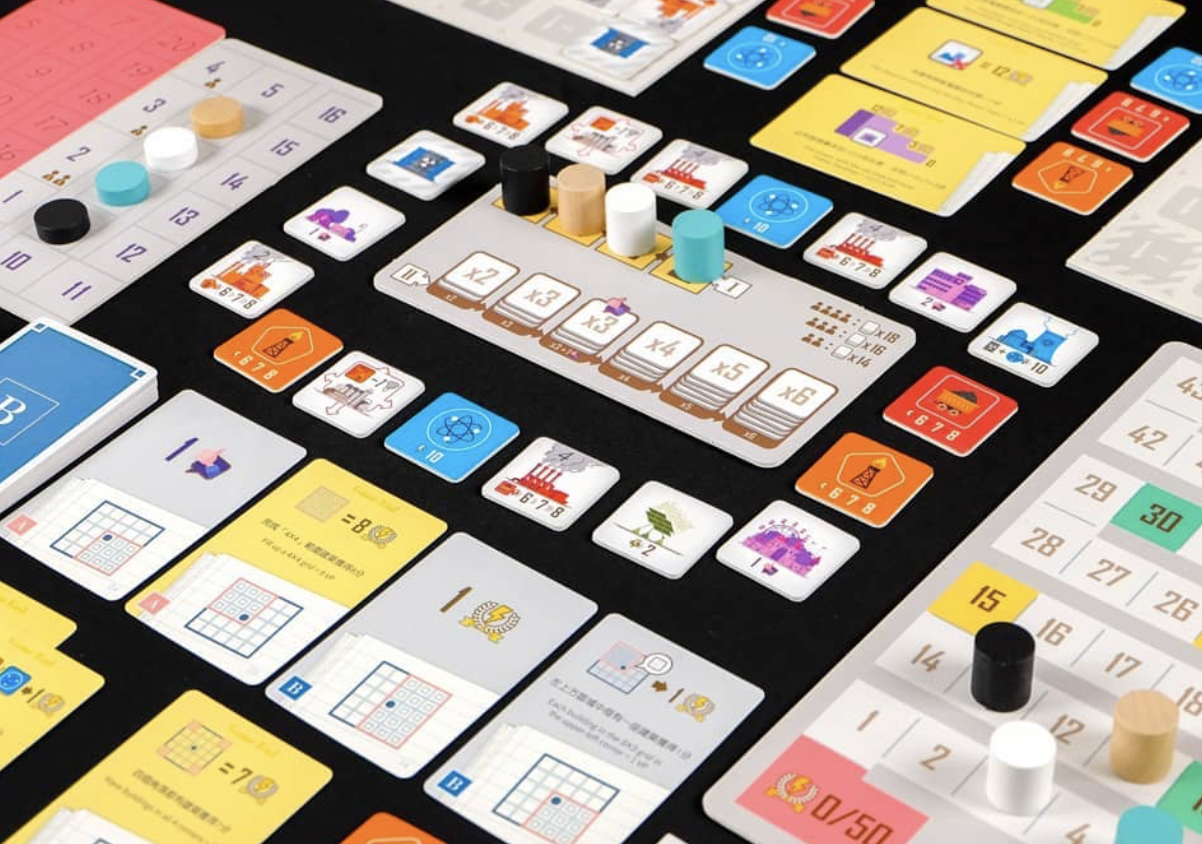 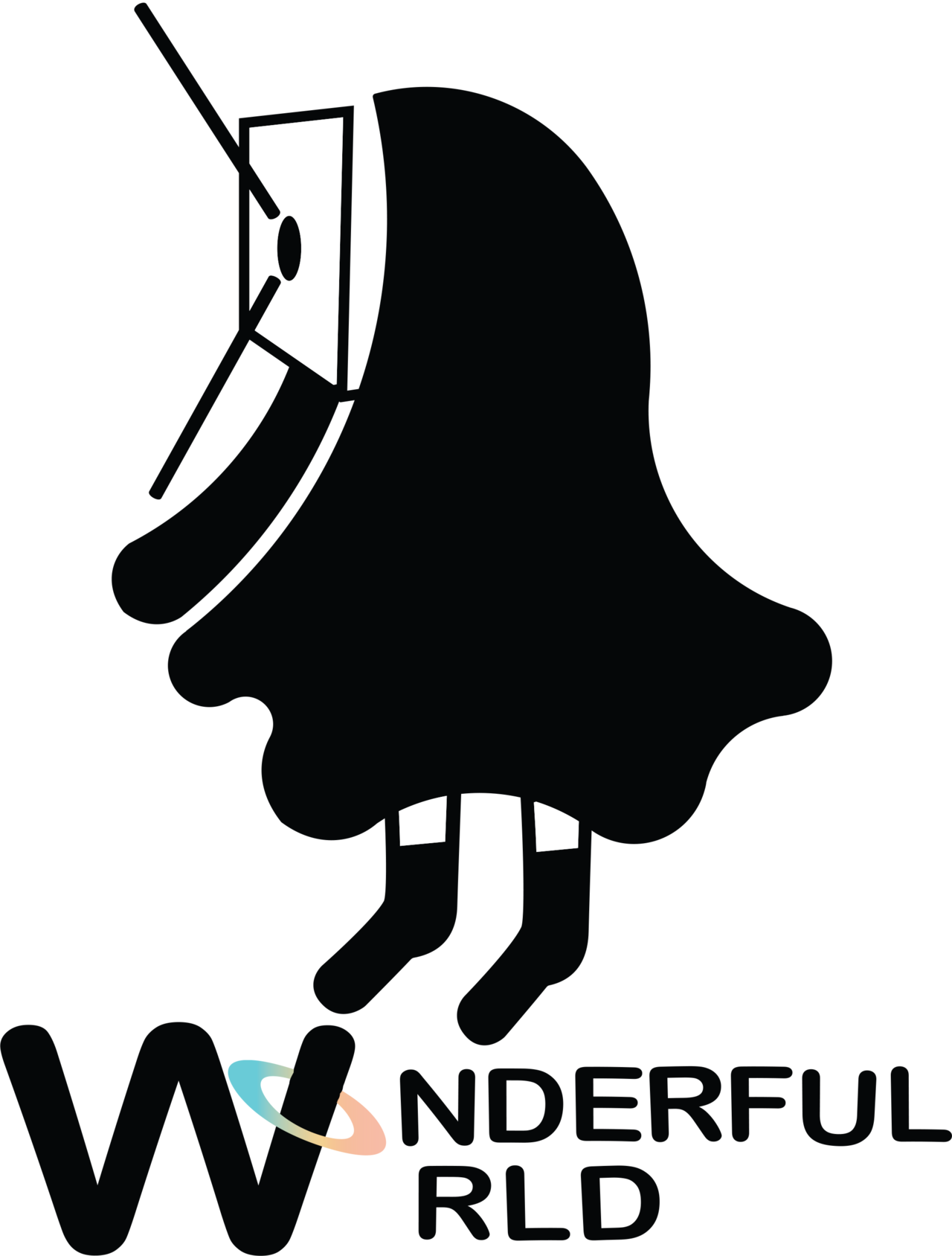 Lenny Liu is the man behind Wonderful World Board Games, an aspiring publisher in Taiwan established in 2019. They have published 4 games in the past 3 years and their most famous tile is Loco Momo, which has been licensed to and distributed by our French partner Blam. You can play it on BoardGames Arena (Link).

This will be the first time that Lenny has a chance to attend a game convention overseas (COVID-19 to be blamed), and he is going straight to the biggest one. He will show you their latest title Touch It (BGG), a game that is played by simply touching the cards. And it comes in three different themes and artworks for you to choose from! 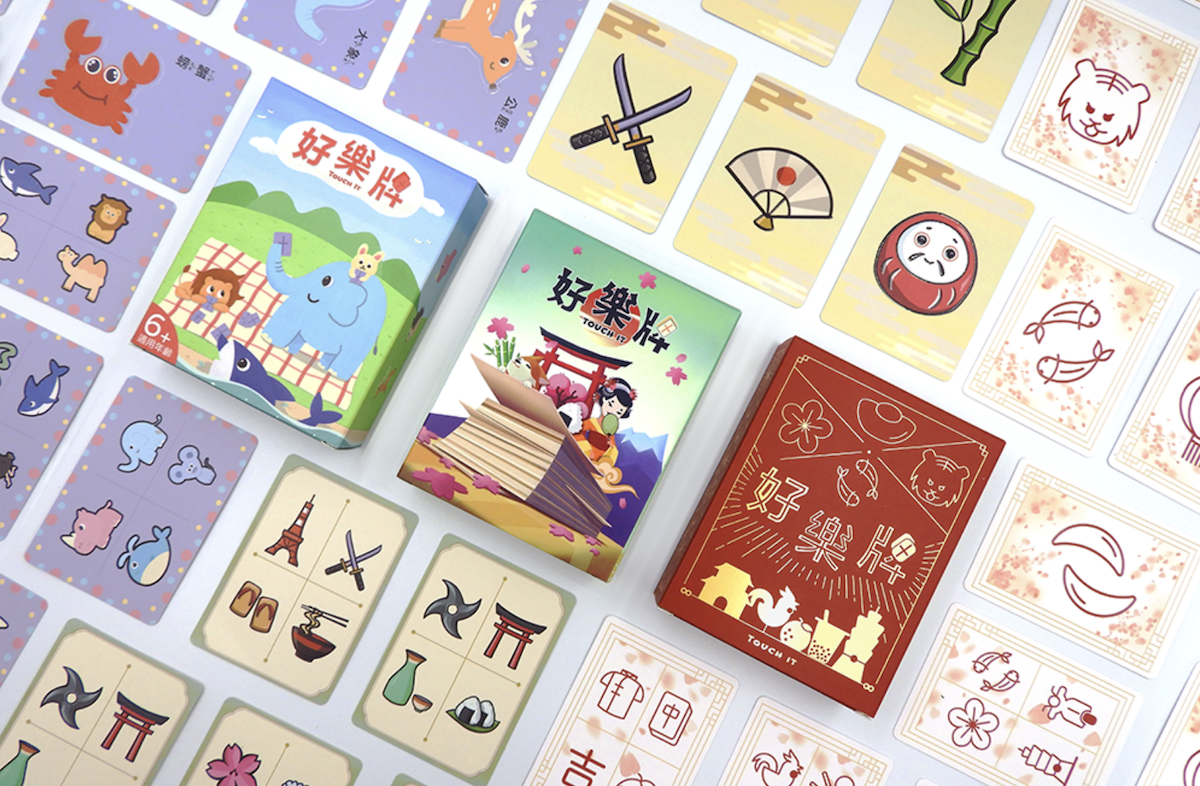 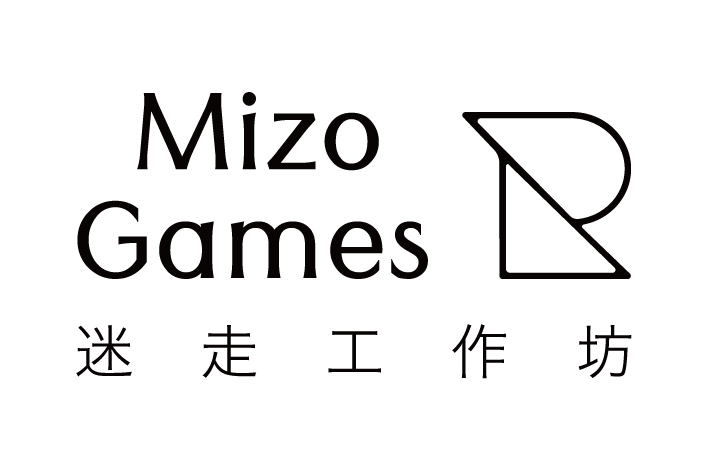 KJ is the founder of Mizo Games and is the producer of several bestsellers in Taiwan including Raid on Taihoku (BGG), Raid on Takao (BGG), and Run Animals Run (BGG), to name a few. Mizo Games holds the record for the most overall funds raised from crowdfunding platforms in Taiwan. They are dedicated to exploring previously untouched topics in the history of Taiwan and making a game out of it to tell unsung stories to the general public. KJ has been to Essen every year since 2016 and he will be happy to share the stories behind his games at our booth.

This time he will show you Run Animals Run (described in Chih-Fan's section) and we bet there are tons of stories behind those crying animals in Taiwan.

So, these are the faces behind the games TBD will present to you at Essen SPIEL this year. We can't make the booth a reality without their devotion to making good games. And they are eager to meet you all at our booth (4G112, 113) early next month (October 6-9). Before that, let's keep gaming!

Don't forget to PRE-ORDER our games!